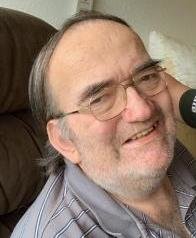 Randall “Randy” L. Gaughan, 67, formerly of Birdsboro, went to be with the Lord on Thursday, April 9th at Holmes Regional Hospital, Melbourne after a lengthy illness.

He was born on the 15th of November 1952, in Meyersdale, Pa. to Charles and Dorothy (Bowers) Gaughan who predeceased him.

He will be missed by his brother Rick L. (Bonita) Gaughan, his sister Patricia (Jack) King, and half-brother Robert Gaughan. He was predeceased by a half-brother, Charles Gaughan, and half- sisters Betty Weaver and Evelyn Gaughan. He is also survived by many nieces and nephews.

Randall was a 1970 graduate of Exeter High School and spent his working career with the former Hahn Contracting Co. of Birdsboro as an equipment and logistics manager.

He retired to Melbourne, FL. where he enjoyed family, Bible study, friends and going to Calvary Chapel Melbourne. He has always been described as a good man with a kind soul.

Due to the unprecedented circumstances presented by the COVID-19, Randy’s celebration of life will be announced at a later date.

He will be buried at Forest Hills, Reading.

To send flowers to the family or plant a tree in memory of Randall Gaughan, please visit Tribute Store