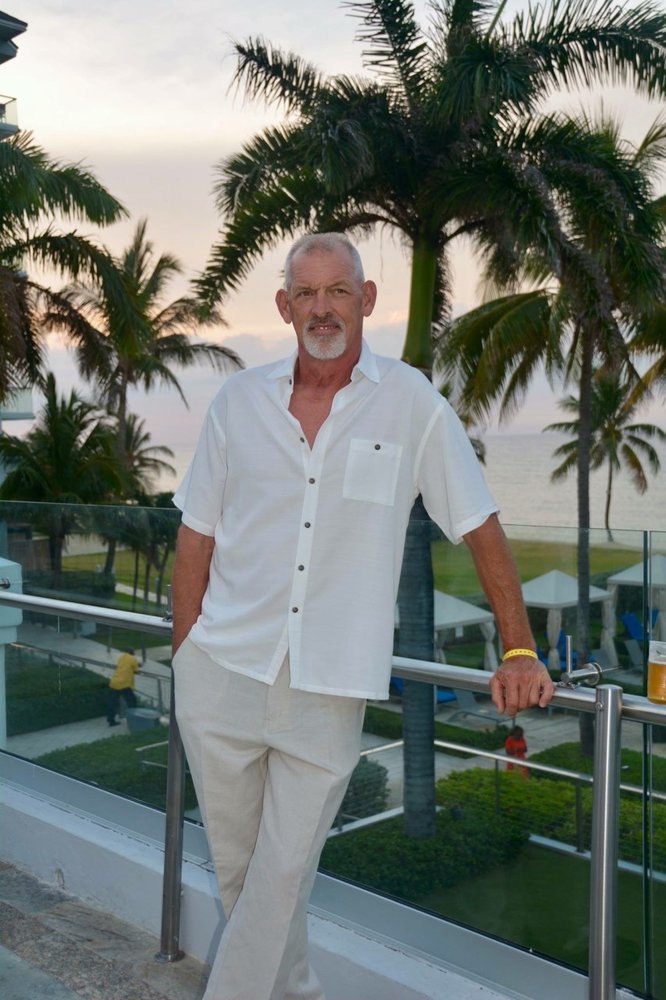 Under the light of a full moon, when fishing is best, tides changed, the gates of heaven opened to welcome Timothy George Huebner home on April 6, 2020 after a brief battle with brain cancer.

Tim was born in a Naval Hospital in Canada on April 5, 1957.  He later went to White Plains School for the Deaf in New York.  Being Deaf added to the dynamics of his outgoing personality, as he loved being immersed in the deaf culture and teaching others how to sign. His 6’5” build made him a basketball star and later in life after moving to Florida, his sports career turned to softball. He played first base for Williams Elementary School, where he worked, as fans cheered in the stadium.  Tim’s greatest passion was fishing, he especially loved “Florida fishing,” and he was always sure to take a selfie with his most recent catch. He truly enjoyed living life at the beach. He had a passion for wildlife, and especially enjoyed being able to save turtles. He also loved his own animals and his daughter’s dogs, spoiling them with patience and kindness. He had a special place in his heart for Labradors. He was known to be quite the socializer, and enjoyed making frequent trips to Starbucks, Dicks Sporting Goods, Bass Pro and the local tackle shops. Watching him eat meals was like watching an Olympic event because he always made sure no food went to waste. This angler never met a stranger, son-in-law, dog or beer he didn’t like.  His charismatic personality and zest for life made people want to be in his presence.  Tim loved love, and he loved being loved.  He gave special meaning to the word “family.”

His love for family casts from where he lived on the shores of Cocoa Beach, Florida into the sea breeze up the east coast to Connecticut.  Timothy was a loving father to his two daughters whom he adored, Kim Mancini and her husband Rocco of Bristol, CT; Dianna Sullivan and her husband Michael of Newington, CT; two granddaughters which he often called his sweet angels, Brylee and Stella. Tim was preceded in death by his mother, Inez Huebner. He is survived by his father, Ralph Huebner and stepmother, Pearl of Beach Lake, NY. Timothy is also survived by his sister, Tammi Dudas and husband Glenn, and brother, Terrence Huebner, as well as several nieces and nephews.

A memorial service to honor the life of Tim will be held at a future date.

In lieu of flowers, donations can be made in Tim’s memory to:

To send flowers to the family or plant a tree in memory of Timothy Huebner, please visit Tribute Store