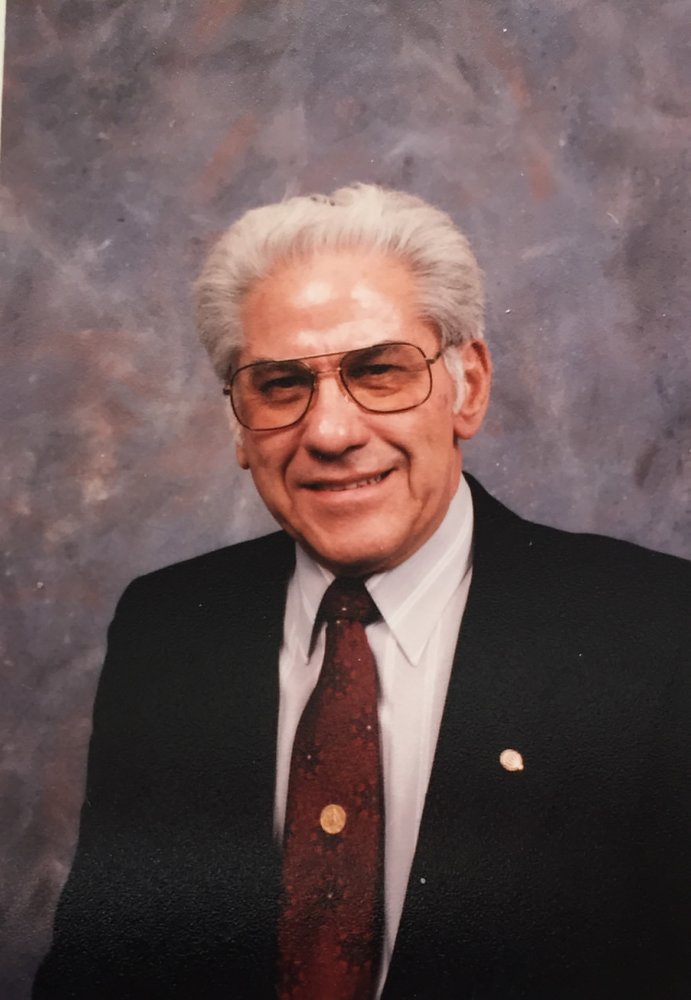 Norman Michael Lopez was born on March 2, 1924, in Santa Monica, California, and passed away on April 15, 2020 at William Childs Hospice Center in Palm Bay, Florida.

Norman mainly grew up in Ysleta, Texas from the ages of 6-16 years.  During that time, he enjoyed Big Band Music and dancing, playing baseball (using rocks for bases), riding horses, serving as an altar boy, and growing his own garden.  When he was 17 yrs old, he went to San Antonio to attend machinist’s school.

Norm grew up during the Great Depression.  He said his family could not afford shoes and clothing, so he wore hand-me-downs.  As a result, in later years, he said he bought plenty of shoes and clothes.  He was the best-dressed man in town!

Norm joined the Navy during WWII and served as a Radioman on submarines USS Atule and decorated USS Drum in the Pacific from 1943 to 1946.  He said he “hid” in his submarine the Atule, sinking Japanese ships.  The end of WWII – VJ Day was one of his happiest days as that’s when they all came home.  He served in the Submarine Reserve as an instructor following the war.  A highlight in his life came when he traveled on an Honor Flight to DC to visit the WII Memorial and other memorials in September 2013.

After the war, Norm came back to Santa Monica and went to work for Scott Hauser (one of the biggest influencers in his life) who made sure he got through college and then helped him get accounting clients to start his accounting practice (in 1948).  That business, the Norman M. Lopez Accountancy Corp., lasted 50 years.

Norm always said that ambition and hard work will get you what you want – or at least what you need.  While his accomplishments are too numerous to list, here are a few:

Ø Had own business for 50 years.

Ø Served the Society of California Accountants – from Chapter President to State President.

Ø Served the Benevolent & Protective Order of Elks, from local lodge – to State Boards, and to Grand Lodge as a Grand Lodge Auditor.

Ø Served The Optimist Service Club as Club President and then as Lt. Governor.

Ø The Navy League – went through the chairs and served as President.

Ø Bay Builders Exchange - served on Board and served as President.

Norm married Josephine Lopez in July 1946 and had four children.  Norm married Mona Young in 1982 and then again in 1996.  They moved to Florida in 2007, where he resided until his passing.

He learned love for our country, family and friends from his parents.  The most important person in his life was his wife, Mona (who he loved immensely and she never left his side through all these years); followed by his daughters and son, grandchildren and great grandchildren.  Of course he loved the Elks (and all his friends there) along with his sisters.  He loved the people at his church too:  First Presbyterian Church of Sebastian.

Norm was preceded in death by his parents Michael Lopez and Julia Madrid, and his grandson Joseph Madrid.

Norm, being a CPA, appropriately died on Tax Day—the job was finished!  He has moved on to his heavenly home now.

To send flowers to the family or plant a tree in memory of Norman Lopez, please visit Tribute Store