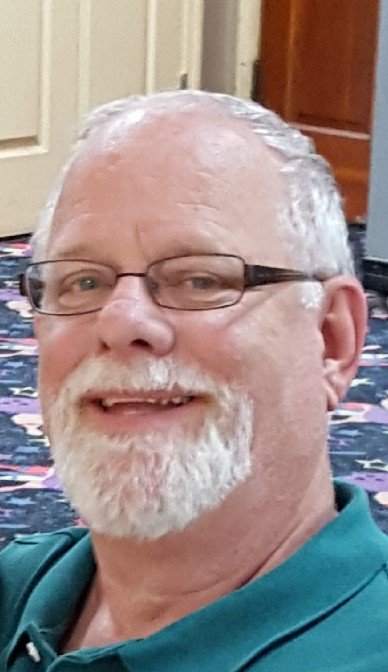 Jim had many interests and hobbies. He was a knowledgeable Baseball fan who at one time collected baseball cards and sports memorabilia. He visited most Major League Ballparks and his favorite baseball team was the New York Mets. He also enjoyed swimming, bowling, miniature golf, fishing, riding his bike and walking his canine companions Tiny and Bruno. He also had a love for music which he passed on to both of his children through offering them a quarter each time they guessed the Artist and the name of a song. What all these interests and hobbies had in common is that they involved family, friends, or food these are what mattered the most to him.

Jim served 20 years in the United States NAVY as both a Yeoman earlier in his career, and later in his career as an Operations Specialist. As a member of VA-105 he served aboard the USS Saratoga during the Vietnam War. He also served on the USS Forrestal, USS Sampson, and the USS Spruance. While serving on board the Forrestal he received the Navy Achievement Medal (NAM) for his exceptional professional and leadership abilities, initiative and loyal dedication to duty reflect great credit upon himself and the United States Naval Service. While aboard the Sampson he received a certificate of appreciation from NASA and received the Coast Guard Meritorius Unit Commendation Award for his role in the recovery efforts during the Space Shuttle Challenger disaster investigation. Aboard the Spruance, he received a letter of appreciation for his immediate actions of planning and plotting a search plan to a helicopter wreckage to within a few yards which enabled the Spruance to recover two men. These are just a few of the many recognitions, commendations and awards Jim received throughout his Naval Career achieving the title of Operations Specialist First Class (OS1).

After retirement from the NAVY, Jim was able to focus more on the titles he cherished most and was well known for, that of a loving Grandfather, Father, Brother, Uncle, Neighbor, Friend and Dog Lover amongst others.

He is survived by his Son Jonathon Stewart (Elizabeth), his Daughter Jessica Lordahl (Michael). His Siblings: Kathleen Levack, Colleen Castellano (William) and Kevin Stewart. He leaves behind two Grandsons Bert and Joshua as well as many other loving family members and lifelong friends.

No Funeral Services will be held. United States NAVY Burial at sea.

"He who chooses the

beginning of the road,

To send flowers to the family or plant a tree in memory of James Stewart, please visit Tribute Store
Print
Share A Memory
Send Flowers