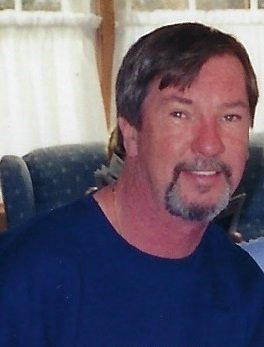 Kevin Patrick Kelly, 69, of Melbourne, Florida passed away peacefully and unexpectedly on May 5, 2020.

Kevin was born in in Brooklyn and raised in Sunset Park with his parents, Douglas and Florence, and his three siblings, Leo, Dennis and Doreen. Proudly graduating from Aviation High School, Long Island City. He played football for Nettie’s Bar and Softball for Sparkey’s. He went on to marry Carlene (Annibale), relocating to Staten Island and working for Nabisco Inc. The family would relocate from New York to Rockaway Twp., New Jersey in 1983 where they would raise their children. Each Christmas Eve the family would return to Brooklyn to enjoy the holiday with his family, a gigantic tree and a pile of presents. A “Kelly Christmas” was a favorite tradition of his. As was buttered rolls, Chinese food, Coors Lite, darts, The Beatles and Gunsmoke.

Kevin’s two children, Christine and Ryan Patrick Kelly, have many loving memories of their childhood home on Circle Drive. And later in Kevin’s second home in Florida.

Kevin relocated to Sebastian, Florida in 2005. He spent many years living with his son Ryan in Florida. Kevin was an avid reader of the NY Post, keeping up with his hometown and continued to search for the best “NY pizza” slice around with his Son. Christine visited often, years later bringing along her husband Benjamin and to Kevin’s delight his pride & joy, two grandchildren Evan and Julia Kelly. Kevin often sent his grandchildren random toys to New Jersey, and recently provided for a visit to Florida in September. Kevin continued the “Kelly Christmas” tradition by sending Hess trucks each year to his grandchildren and requesting that all gifts from him be opened on Christmas Eve. This tradition will continue, we promise, Grandpa/Dad. Until we meet again.

Kevin is survived by his Daughter and Son in Law Christine and Benjamin Schell, Grandchildren Evan and Julia Schell, Brother and Sister in Law Dennis and Linda Kelly, Niece and Nephew, Nicole and Rob Parkman, Nephew Dennis Kelly and extended family.

“Therefore you too have grief now; but I will see you again, and your heart will rejoice, and no one will take your joy away from you.”

To send flowers to the family or plant a tree in memory of Kevin Kelly, please visit Tribute Store
Print
Share A Memory
Send Flowers