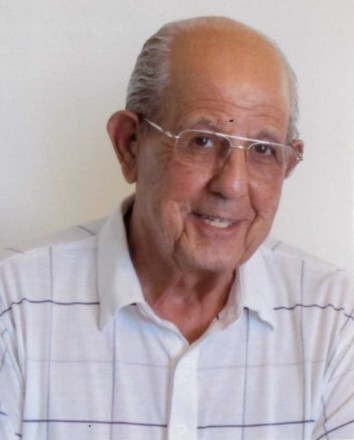 Born in the city of New York on April 9, 1926.  He had a 26 year career in the New York City Dept. of Correction.  He served from 1954 to 1980, and attained the rank of Warden via Civil Service Tests.  He also was appointed to the rank of Supervising Warden in charge of the Rikers Island Complex.

After retirement in November of 1980, he and his wife Kitty relocated to Cocoa Beach, Florida.  In 1985 they moved into the new Country Walk Development in Suntree.  Lou served on the Country Walk Board from 1985 until Nov. 2002, when his wife Kitty passed away.

Lou remarried in April of 2007 to Marianne Matthews-Greco.

Following his own death: He is survived by his daughter Roseanna DiIuro and her husband Leonard and four grandchildren, Christopher, Stephen, Jennifer & Karen and 9 great grandchildren.  All reside in Rhode Island.  Also surviving is his younger brother Erico Greco with his wife Joan of Miami, Florida and their 5 daughters.

Due to Covid-19, a Memorial Service will be held at the Suntree United Methodist Church at a later date.

To send flowers to the family or plant a tree in memory of Louis Greco, please visit Tribute Store