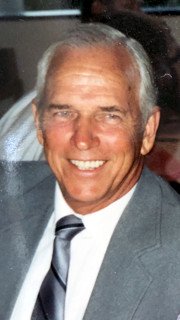 He was born in Johns Island, South Carolina and grew up in Clemmons, North Carolina.

He graduated from the University of North Carolina with a Bachelor of Science in Physics.  He later did post-graduate work at Wake Forrest College and Florida Institute of Technology.  After graduation, he served 3 years on active duty in the Navy as Operations Officer on a Destroyer Escort, and another 10 years in the reserves.

Mel worked for Bell Telephone Laboratories for 7 years as a member of the Technical Staff before moving to Florida in 1964 to work for Harris Corporation (then Radiation).  Mel retired from Harris after 27 years and was a clam farmer and aqua culturist for the next 12 years

He was an active member of Holy Trinity Episcopal Church from April 11, 1979, until the last several years when his health prevented him from attending, and was one of the longest-serving ushers in the church.  He enjoyed outdoor activities, especially those related to the water.

He was preceded in death by his oldest son, Steven J. Woodford.

Service will be at Holy Trinity Episcopal Church on Saturday, July 25th at 1:00 p.m. with interment immediately afterwards in the Memory Garden.

Masks are required at the service and will be provided if you do not have one.

To send flowers to the family or plant a tree in memory of Melvin Woodford, please visit Tribute Store

Share Your Memory of
Melvin
Upload Your Memory View All Memories
Be the first to upload a memory!
Share A Memory
Send Flowers
Plant a Tree