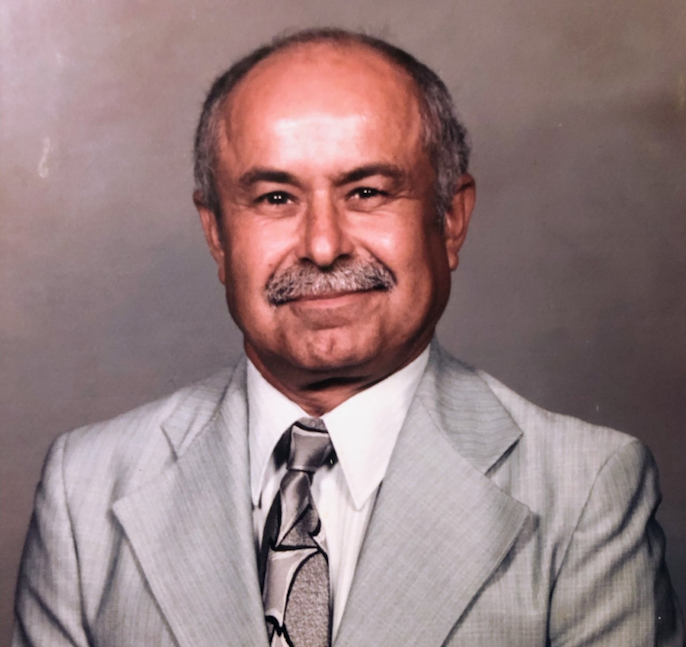 Heriberto Caro, 84, passed away peacefully on Wednesday, August 12, 2020, surrounded by family, after a blessed life filled with love for God, family, and friends.

“Libo or Hery as he was known by some, was born in Aguada, Puerto Rico on April 1st 1936 to Ceferino Caro and Julia Munoz.  Coming from very humble beginnings, Libo learned very quickly the meaning of hard work and sacrifice.  At a very tender age, he started working, delivering bread in the neighborhood to give his mom some extra money and help his family make ends meet.  Although a baby himself, he realized how much his family depended on his contributions, so he, without complaint or resentment, ended his own education, and took on any and all jobs that were available to him.  This was a theme that would be carried out throughout his life.

On December 22, 1956 he married the love of his life and life partner Ramonita Matias. Together they embarked on a new life of love and adventure in a much different island, New York.  In New York, they quickly became dependable fixtures in their community. They owned several small businesses and opened a Puerto Rican social club, bringing a little bit of Puerto Rico to the neighborhood.  Libo and Ita had three children Heriberto (Junior), Joaquin (Joey), and Annette. In 1972 they decided to move back to Puerto Rico as youth violence was rapidly increasing in the Bronx.

Once back in Puerto Rico, he established a basic necessity store (bodega) called “Libo’s Place”. It did not take long for his business to become the neighborhood meeting place where they formed a Domino Club. The Domino Club became well known on the island and in the Dominican Republic where they were invited for a friendly competition. Thanks to the church community as well as his experience with “Cursillo de Cristiandad” Libo was able to accept with grace and serenity the loss of his eldest son, Junior, who passed away due to natural causes in 1977. Libo and Ita remained in Puerto Rico until 1987 at which time the towns people and friends wanted him to stay and run for major; instead he moved to Florida to be near their son, Joey and grandchildren.

Libo and Ita settled in Palm Bay, Florida where they both retired from Palm Bay High School and became stalwarts in their church and Spanish-speaking community…setting up and running numerous parish activities, charities, and fundraisers. Not wanting to separate himself and lose touch with Puerto Rico, he kept up with his love in nature and growing things by exposing his grandchildren to nature and animals like goats, chicken, rabbits, even cows as well as growing corn, avocado, oranges, beans, papayas, squash, mango trees and the like.  Ever the perpetual kid at heart, you could also find him on roller coasters and amusement parks with the grandkids.  As in Libo’s way, if there was ever anyone who needed a chicken, a goat, an avocado, a mango, or even a ride on a rollercoaster you were welcomed to join him.  His legacy in the community is that he has never met a person who has not become a friend or a part of the family.

He is preceded in death by his two sons, Junior Jan 6 1958 - Jan 4,1977; and Joey Jan 14, 1959 - April 4, 2015. He is survived by Ramonita Caro, his loving wife of 63+ years, his devoted daughter Annette and sister Luz M. Caro.  His legacy of family is carried on by his grandchildren Heriberto, Wendy, Ashley (Joey) Gerald and Ivan (Annette); and his great grandchildren Nynavea (Hery), Deon, Mykel, Joshua (Wendy), Divya, Avienda (Gerald), and Joelly, and Rayna (Ashley).

Libo will be greatly missed; but I am sure he would love for you to remember him with love, and laughter as he leaves a legacy of family and love to continue in his name.  Mass in his honor will be held at Our Lady of Grace August 28, 2020 at 3 p.m. Masks are required and attendance may be limited due to COVID.

His love for children always had him contributing to St Jude’s Children’s Research Hospital. Donations may be made to the Memorial Gift Fund established in his name.

To send flowers to the family or plant a tree in memory of Heriberto Caro, please visit Tribute Store